Hey what's up everyone, It's Take Bread I will be sending out a newsletter with-in the next few days. I haven't had much time to sit down and actually chat with anyone. You guy's are apart of my network here on N1M which has auto- generated to my www.itakebread.com website so it automatically QUALIFIES YOU!!! for my (72 hour)  "Sweepstake Give Away" WHICH I WILL BE GIVING AWAY 2 YANKIN CASH T-SHIRT BUNDLES which comes with 3 Yankin Cash T-Shirts with each bundle been at a value of 60.00 for FREE!!! please accept the invite from www.itakebread.com there's an exclusive song ATTACHED via instant MP3 download once the subscribe invite is accepted.
First 2 individuals to send 7 new subscribers to www.itakebread.com
Will win 1 bundle FREE!!! "Sweepstakes Give Away"

NOTE:
ALL EMAILS MUST BE AUTHENTIC
Once completed please message me on N1M /Send an email to breadmuziq@gmail.com of the 7 names of the new subscribers that aren't already subscribed on N1M. 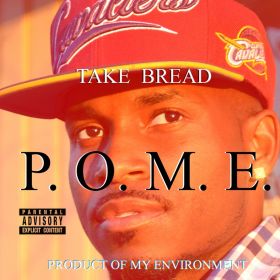 D Jay better known for my stage name as Take Bread (thadoegita) I'm A California, native born March 20th, 1985  in South Central, Los Angeles. I'm the CEO and founder of Yankin Cash Entertainment. Which became an official RECORD LABEL, in 2012. I have been writing songs since the age of 11. At the age of 19 I started composing music and became fasinated with the producing side of music. Afew years ... read more