Hello and I have the best possible news! The Rain's full length studio-album, "Out of the Emptiness" is now available in digital format (link at the bottom). If your thinking of expanding your collection of Indie Rock, Acoustic Rock, or think anyone would appreciate the songs on this album, I've made it available just in time for Christmas.
This is a unique one-off collaboration between myself (Steve Harley), my long-term bassist who's been with me for many projects, James Bond, and the uniquely-talented Andrew White, the internationally-acclaimed fingerstyle guitarist. We wrote and recorded the album in the mid-2000's and then it collected dust for 10 years, untouched, unreleased, unheard.
Myself and Jim continued to record and formed a live act with Remedy (an alt-indie-funk-rock trio), and Andy returned to his solo touring carreer, based in New Zealand.
It is only because of you, and others like you and numberonemusic.com, who have taken the time to message me with compliments about the music.....you have inspired me to finally make the album available digitally, worldwide. But for now, it only exists in the link below.
Andrew sings lead vocals on 2 of the 11 tracks on the Rain album......Downtown and Walk in Light. Walk in Light is as yet unreleased publicly. But as of Tuesday, Dec 4, that will change, because that morning, the lyric video for Walk in Light will be posted on Remedy's Youtube channel.
But on that same channel this morning was uploaded a very special Rain ressurection of sorts, as the 4 main players on "Out of the Emptiness" made a cameo appearance on the final track of Remedys sophomore record, "The Tyranny of the Smug". And that song is "Crooked Mile", is also sung (brilliantly) by Andrew White (singer of Downtown), which you can see here: http://bit.ly/CrookedVid
And if you'd like to buy the Rain album: http://bit.ly/theRainCD

Thank you again, for your amazing support! You've ressurected some beautiful music we had forgotten about, and for that I am truly grateful!

The Tyranny of the Smug

We've made it to Pluto - electronica EP

The Rain - Out of the Emptiness 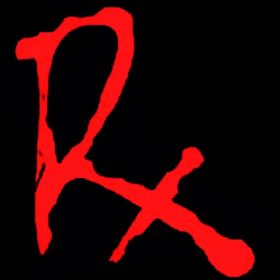 Remedy and The Rain