Hi all
Firstly, although a little late, happy new year to one and all. I hope you all had a wonderful holiday and are looking forward to the new year.If we enter the year with an open and kind heart In sure we cab all contribute to others happiness.
A new year target for me is to get more involved in the removal of plastic fro our oceans. We have a new "thing" here in Jersey Channel Islands. If you visit the beach, pick up and dispose responsibly of three pieces of plastic. Im on the look out to see if my music can help in any way. So If you have any ideas please let me know.
Thanks to everyone who made 2017 a great musical year for me and it has been very humbling to have so many fans around the world who enjoy what I do. Your support is very much appreciated
I wish you all a very happy, healthy and prosperous new year.
Keep listening more to come!!
Thanks you.

Under The Covers Album 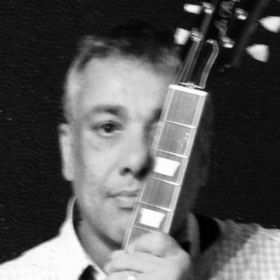 Mike has been a pro entertainer for over 50 years and has toured extensively world wide. Mike Started Recording for ESR Records in Devon back in the early '70s. His first single was A Kind Of Loving, penned by John Greenslade and published by Mews Music.
Several singles followed including songs such as Hey Lady, Turn Away, Any Time At All and the self penned song Weekend.
Albums that followed were ... read more