Here... we go again my fans and friends!
New and popular music artist radio and one of my fave multi genre Kool radio happening.
WQAL-FM104 in Cleveland, Ohio. Not far from my home town in Youngstown, Ohio.
You can request your fave popular music artist and yours truly at Davi-You Got Me Wantin You.
If not on the current playlist...Just go to bottom section and add on request or call song request line at ???? 216-578-0104
Just tap link...
http://www.mediabase.com/mmrweb/7/stationplaylistrequest.asp?format=A2&c_let=WQAL-FM
As always thank you...let's do this! 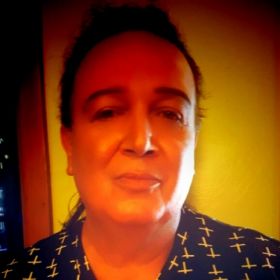 Davi (dahvee) Singer songwriter producer, musician, performer has no limits in creativity. Drawing sounds and songs from multiple genres and influences.
Creating a song style that is being called by both fans and radio alike as Edgy Pop on the edge of with Underground meets Mainstream appeal!
#pop #elecrock #elecdance #alternative