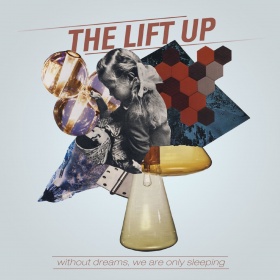 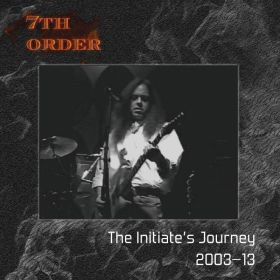 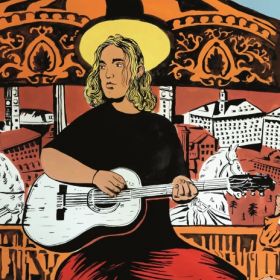 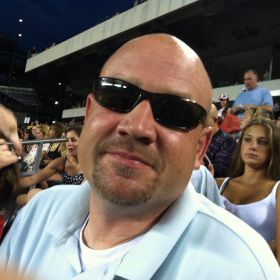 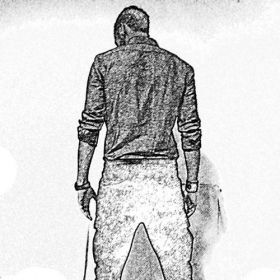 About The Lift Up

Without Dreams, We Are Only Sleeping (4/5)
“The tracks are soulful, honest accounts of the constant pressures of the modern life with a lingering nostalgia of yester years. It is vividly reminiscent of the period in our lives when we were in relentless conflict between running away and staying right where we are.

The nine songs are intensely written and paired evocatively with some 90s pop acoust ... read more

Bass and backing vocals. Ex-member of The Situation, Swingline, Nero and Marmalade.

Bass and backing vocals. Ex-member of The Situation, Swingline, Nero and Marmalade.

Drums and backing vocals. Ex-member of The Situation, Orphan Family and Petland. Currently also plays in This Show Is Fire.

Drums and backing vocals. Ex-member of The Situation, Orphan Family and Petland. Currently also plays in This Show Is Fire.

Joe Castro is an accomplished Philadelphia based collage artist, musician (The Lift Up), oil painter and graphic designer. His paintings and collages have been shown in galleries and art spaces across the United States, Canada and Europe. They have been described as “a controlled explosion, aggressive and pensive (Kolaj Magazine)”. He is a signature member of the National Collage Society. Born in New York, he spent his formative years in Delaware where he was the guitar player in several bands including Nero (OPF), Swingline and the critically acclaimed The Situation. Formed in 2001, The Situation signed with Elephant Stone records in 2004, releasing The Reece Nasty EP, followed by their self titled full length in 2006, both garnered critical praise from Pitchfork, The Big Takeover,Skyscraper and Magnet. The band toured the states, and opened for bands such as The Strokes, The Libertines, Nada Surf, BJM, The Make-Up and Arthur Lee & Love. Their music has been featured on shows for both MTV and Fuel TV. The group disbanded in 2006. Taking a keen interest in the visual representation of the band, he was responsible for most of the group’s flyers and album graphics and soon found he was receiving as much notice for his art and t-shirt designs as for his guitar playing. In 2006, he began to show his paintings in area galleries. In 2010, he was one of 6 artists selected (from over 450 applicants) by Vans and Color Magazine to customize one pair of canvas sneakers, which were displayed in art shows in Vancouver, Montreal and Toronto. His work has been featured in the books The Age of Collage: Contemporary Collage in Modern Art (Gestalten) & 50/50 (Collage Collective Co./Hanker Magazine), Kolaj Magazine (issue 8), GQ Style (Germany), Color Magazine (Canada), as well as on the cover of The Artist Catalogue’s Fall 2013 issue. When not working on new paintings and collages, he runs his own graphic design business, Red Attic Studios, where he has created gig posters for bands such as She & Him, Nick Cave & the Bad Seeds, Echo and the Bunnymen, Death Cab for Cutie and Pavement. He has won numerous awards for his design work, which has been featured in Graphic Design USA. He has directed music videos for The Sky Drops, Curly Castro, and Zilla Rocca. He is a board member of the Wilmington Skate Project, where he curated two benefit art shows, one of which was featured on Fuel TV’s What’s Happening with Chris Pastras show.

Joe Castro is an accomplished Philadelphia based collage artist, musician (The Lift Up), oil painter and graphic designer. His paintings and collages have been shown in galleries and art spaces across...

Just wanted to briefly say thank you for the support and for joining our mailing list. The band has been enjoying a brief hiatus from live shows to continue writing songs for our next record but we should be back out on stage sometime early this summer.


And for those interested, we still have a small number of limited edition CDs available, which you can purchase here:
(expired link)

Or you can also pick up our album on iTunes for only $7.99:
(expired link)

The Lift Up (photo by Jessica Travis)

The Lift Up (sticker)